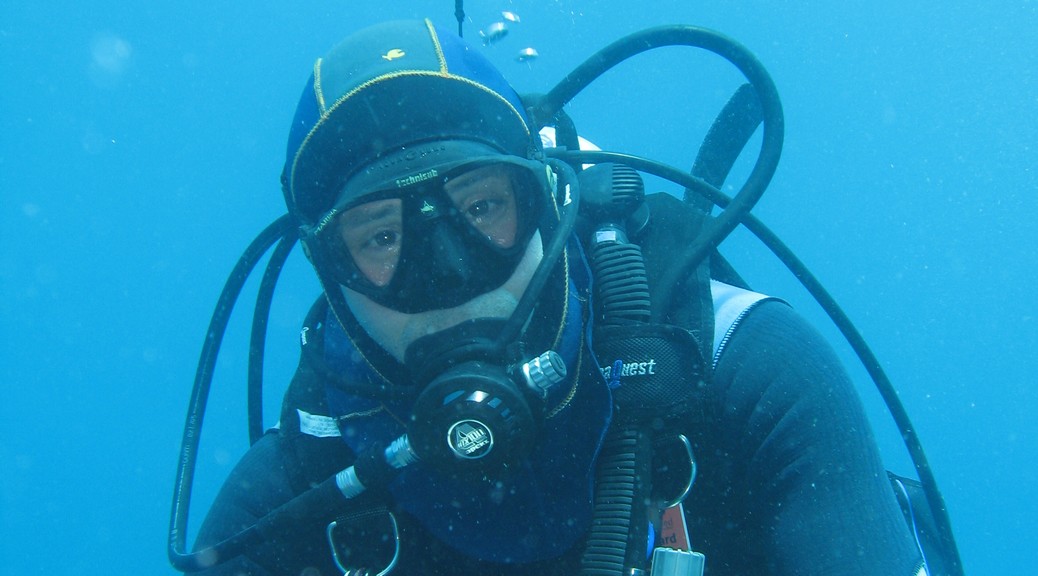 Continuous talks of two friends about scuba diving I participated in a Discover Scuba Diving course (pool and after that an accompanied open water dive in the Caribbean Sea) at Gri Gri Divers, Rio San Juan (Dominican Republic), in October 2000. A spark ignited immediately but it took until June 2001 when I finally took a beginners course at the Neptuno Dive Center, Juan Dolio, when I was travelling again to the Dominican Republic. Some weeks after returning to Germany I gained my first experiences with fresh water diving in the Nagoldtalsperre and the Lake of Konstanz – a shock as I dived in the ocean and pool only since then. ;-)

Diving in the following years began slow but it got more and more every year. I took all additional courses at the Action Sport Sindelfingen (f.k.a. Tauchsportschule Sindelfingen) at home in Germany and in the meantime I achived the PADI Master Scuba Diver Trainer in 2006. An additional crossover to SSI Advanced Open Water Instructor certification followed in 2008. As I don’t like being patronized in France there is also a CMAS *** certification.

As Action Sport Sindelfingen closed I can be now found at Action Sport Rainbow Divers in Ehningen. First of all I’m interested in wreck diving but I also like colorful reefs and the dark and cold German lakes.

More pictures and information at:

Scuba diving can be stressful, at least until you reached the water (pictures taken 2004 in Egypt):